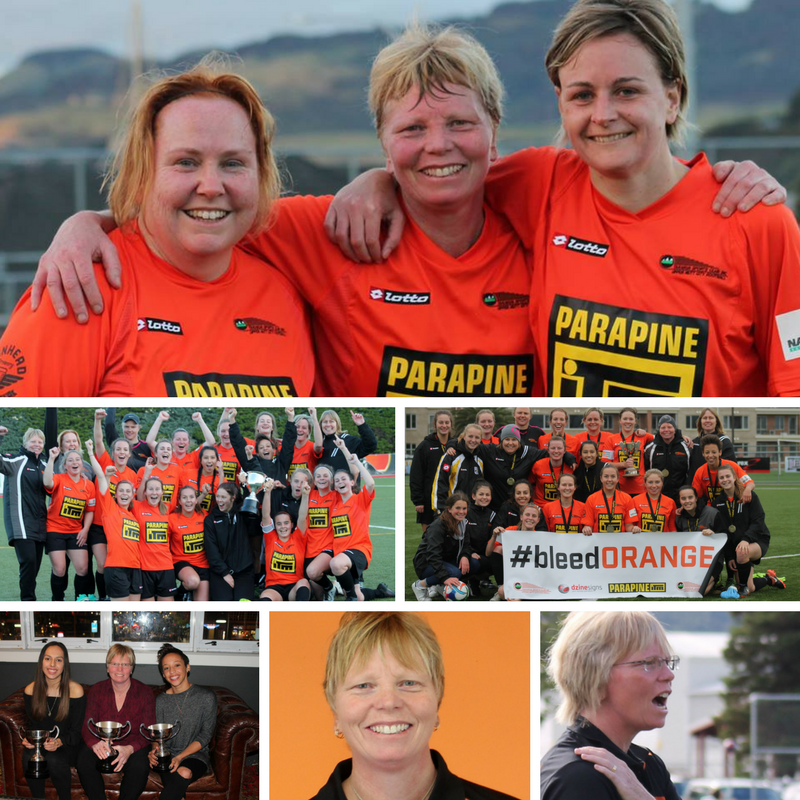 Confirmation that Wendi Henderson, our current W League coach, won’t be returning to the role next year.

“W League Champions, Kelly Cup Champions, National Knockout Cup semi-finalists and Coach of the Year. ‘Thank you’ just doesn’t begin to convey our pride and appreciation for Wendi’s massive contribution to Upper Hutt City Football, both as a player and coach.   The trophies and titles secure our place in the football history books but it’s Wendi’s work ethic, drive, commitment, attention to detail and absolute passion for the game that will leave a lasting legacy at Upper Hutt City Football.

We hope to retain her expertise in some way but regardless of her next steps, on behalf of the entire management team of Upper Hutt City Football, a massive THANK YOU and we wish Wendi well for whatever her next challenge may be,” said UHCF Chairman Jamie Wood.

Says Wendi, “The season just gone has been an extremely rewarding one for me and the team. The achievement of winning the W-League and retaining the Kelly Cup really was the icing on the cake. It has been a great journey coaching this team and watching them all grow and develop into the players they are today. This hasn’t gone without a lot of hard work behind the scenes though. With that in mind and the fact it’s time to spend winters doing other things, I’ve decided to step down as coach of the W-League team.

This has been a really tough decision to make but I know it’s the right one for me at this point in time. It’s the start of a new cycle in some ways and can be an exciting opportunity for someone new coming in to continue building on what’s already there.”

Are you our next W League coach?

We have already had some interest in the role, however, we are now formally

inviting applications for the W League Coach position.   Big shoes to fill, but this is an outstanding opportunity for someone to work with a talented, motivated group of players, supported by a club management group committed

to their ongoing development and success.   As well as coaching the most successful women’s team in the Wellington region, you will work closely with the Women’s Premier team coach and Junior Girls’ Development Manager to develop coaching programmes for our female players from junior through to senior teams.

Ideally, you will have a New Zealand Football Senior Level 2 coaching qualification (or be willing to work towards this).

Are you up for the challenge?  Please send your expression of interest, together with a relevant football CV to Jamie Wood, Upper Hutt City Football Chairman at jamie@upperhuttcityfootball.org.nz, or give him a call on 021 281 7671 by Friday, 29 December 2017.