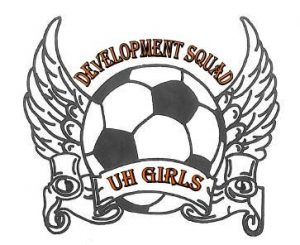 The Upper Hutt City Football Girls’ Development Squad (GDS) was established in 2009 to help young girls (11-13 year olds) keen to improve their football skills in an all-female environment.  The focus was on skills’ development and building confidence within a peer group, rather than competing against sometimes physically stronger players in mixed gender squads.

The GDS grew rapidly, attracting female players from all over the Wellington region, ranging in age from 8 to 17.  These female footballers have thrived in an environment catering specifically to girls’ development with a significant proportion of the girls included in New Zealand Football Regional and National Talent Centres.

In past years the GDS held regular girls only training sessions over the winter season, hosted an annual BNZ/GDS pre-season Kick-It Tournament, sent all-girls’ teams to tournaments and was one of the leading participants in the inaugural Capital Football Girls’ Only Summer Leagues with teams in U8, U10 and U12.

While there were some changes to the format of the GDS, the vision and aims established in 2009 remain the same:

“identify and nurture motivated female football players by supporting young women through their development pathway from junior football through representative programmes (NZF Talent Centres) and transition into senior women’s football and even national (and international) honours!”

We are also passionate about growing the game of Girls and Women’s Football!