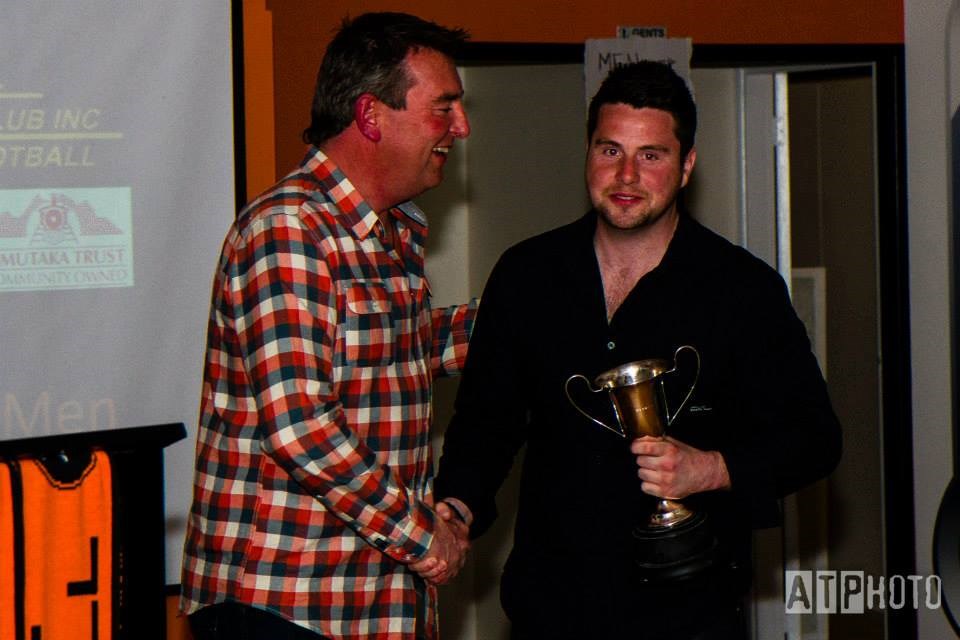 What a great way to end the season!

The clubrooms were packed for our first Prizegiving at Maidstone Park. Amanda and her team did a great job of decorating the facility, we welcomed professional sports commentator (and Upper Hutt “old boy”) Andrew Dewhurst as our MC for the evening, Matt Carnihan and his band Blueprint absolutely rocked (thanks to Mel and Griffiths Drilling), and of course, we had plenty to celebrate in what was another fantastic season for Upper Hutt City Football.

A huge thanks too, to our Executive Committee for their massive efforts and to all our sponsors, particularly Upper Hutt Car Sales, Rimutaka Trust and Parapine Building Centre who make it all possible.

And to the awards…

Player Of The Year Rob Hill

In recognition of Phil’s contribution to local football, retiring from Central League after a tremendous effort of achieving over 450 games at top level football and having played the last two seasons with us here at Upper Hutt City Football .

Check out photos from the event here (thanks to Andrew Turner)

Good luck to our Under 19s in the upcoming tournaments.  And to everyone else, thanks again for your support – you are awesome!  Enjoy your summer and we look forward to seeing you again for season 2014!