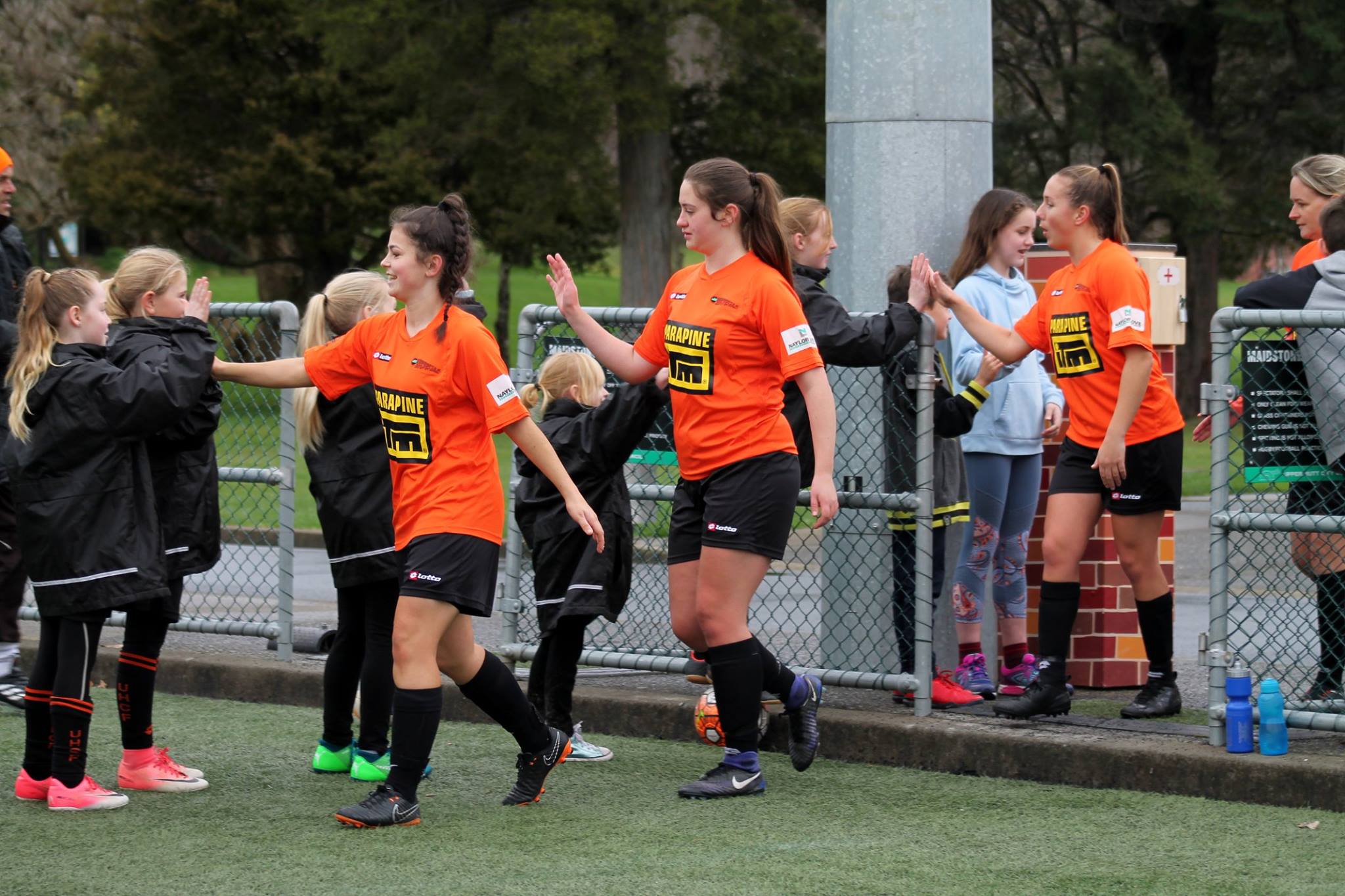 Last year a new gesture emerged on the turf with high fives between ball boys and girls as our senior women’s team walked on to the turf.

On Saturday you might say it has become a home-game tradition. At the final game of the women’s league, the ball girls wished them luck twice for two halves and Sydnie Williams scored UHCF’s goal against a powerful Seatoun team who took the win.

Helping out as a ball girl is a big job, being on the turf well triple the length of playing time in their own age grades.

Reward comes in witnessing plenty of action to inspire future players and the sisterhood exchanged between the players and supporters.

Pizza and cake shared in the clubrooms after the match, to mark the last game, with many more younger players certainly cemented this.