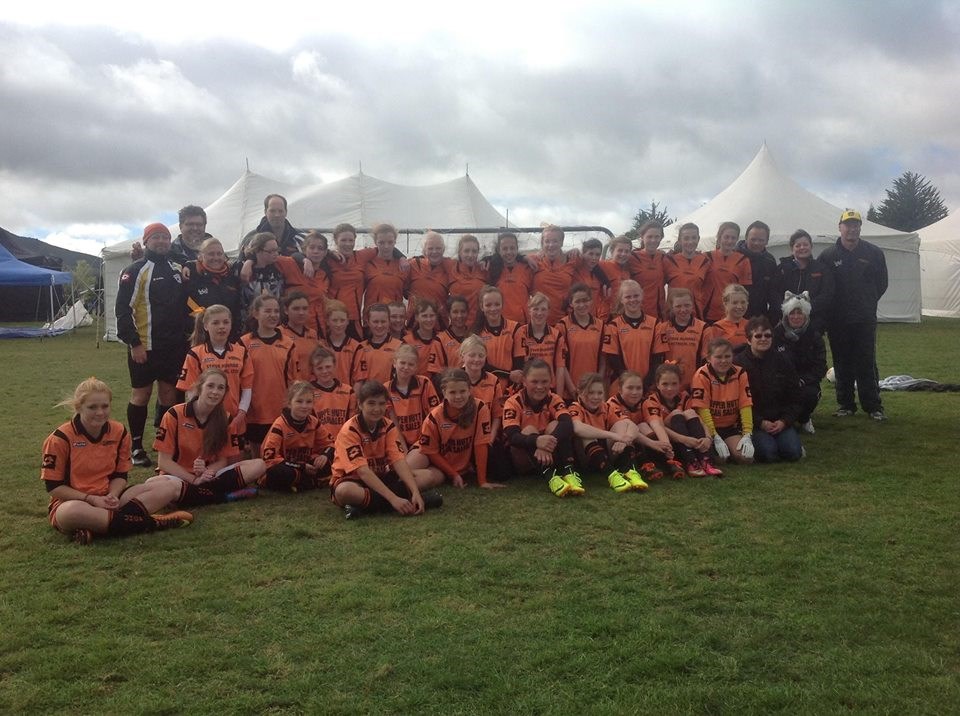 Upper Hutt City Football is ensured of a strong future for its Women’s teams if the recent success of its Girls Development Squads at the recent McCartney Tournament in Taupo is any indicator.

The Taupo Tournament, held 11-13 October, attracted 118 teams from 9th to 17th grade from all across the north island.  UHCF was well represented with teams in almost every grade including three girls’ only teams.

It was a demanding but exciting weekend, each team playing eight 30-minute games in sometimes awful weather!

The girls performed fantastically on and off the field. They faced teams with exceptional talent but played hard, used their well drilled skills and always finished with a smile.

The U11s competed well with wins, draws and just one loss. The U13s team was runner up in their 12-team competition and the U15s were ecstatic to win theirs – and despite their youth, almost came home with the U17s title too!

Upper Hutt City Football is committed to offering new opportunities for its female players and was delighted to be part of the Coastal Spirit Tournament in Christchurch for the first time this weekend.  It was a challenging first day for our U19s girls, up against foul weather, strong wind and try as they might, could not break the deadlock despite sterling performances and domination of possession.  Much better performances on the second day though as the team discovered its attacking prowess, on a roll and realising its potential in the competition, this youthful side battled and competed well against tough opposition.   A team effort to be proud of which bodes well for future ventures on the competitive stage.

Meanwhile, the club has every reason to be excited about the future for its female players with the recent announcement that Wendi Henderson, New Zealand Football legend and a local stay hard, will coach its Women’s Central League team in 2014.   Experienced coaches Mike Gibbs and Manu Kingi will also coach our females next year with the club hoping to introduce a third team to support the growth across the club’c youth and senior ranks.

And the Talent Keeps On Coming Through

Many of these players, plus a vast amount of untapped female talent, now look forward to their next challenge and hope to head to the Under 17 Youth Tournament being hosted by Auckland City Football Club in March 2014.

The U17s will be looking for fundraising opportunities over the summer, and would love to hear from any possible sponsors to assist in their mission to get to Auckland.