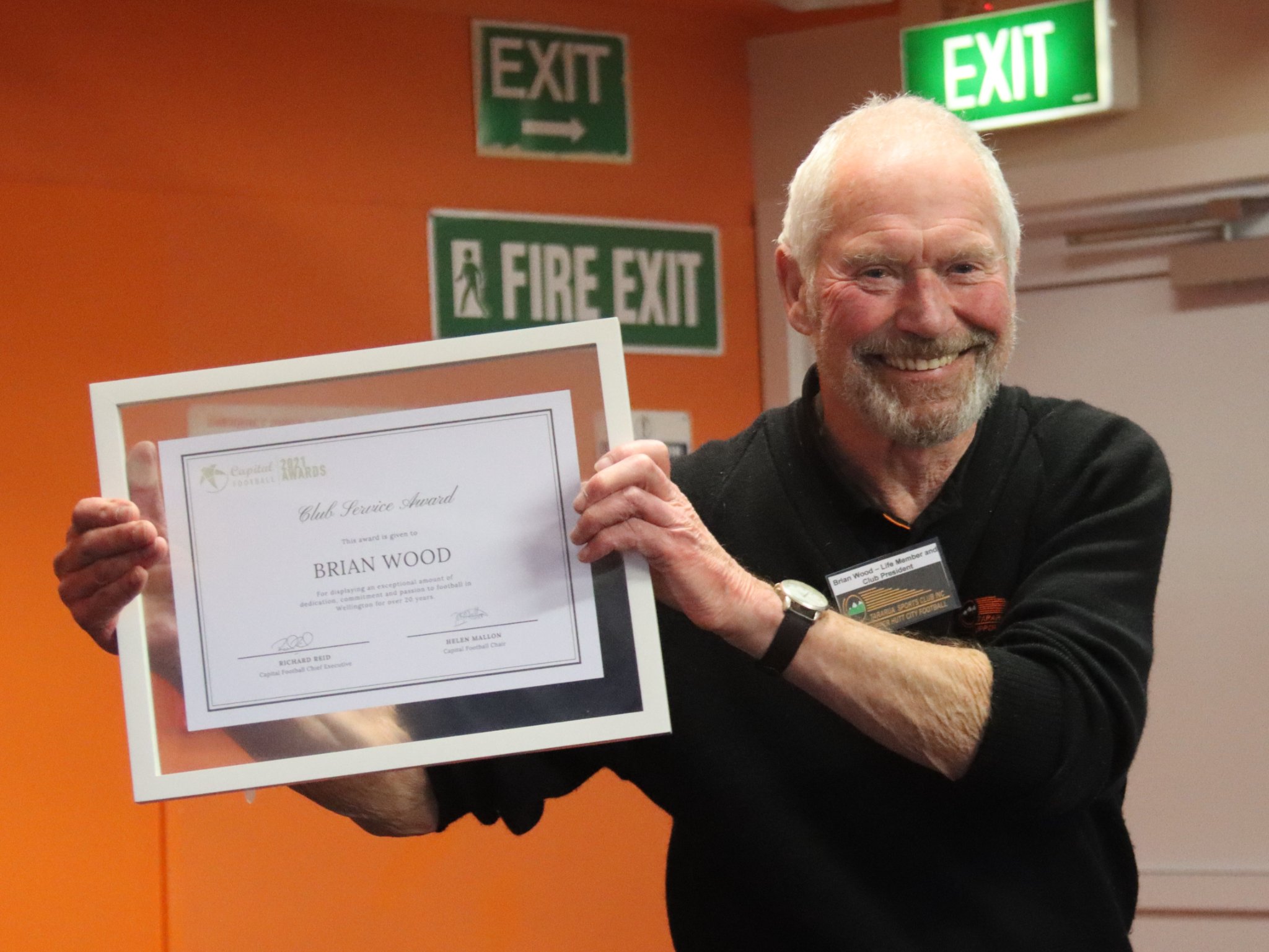 It was 1978 when Brian Wood was asked if he’d like to join the committee of Tararua Utd football club.
“Oh yeah, I’ll go give them a hand.” said Brian.
Famous last words, huh?
Fast forward more than forty years, my money’s on him being one of the first to arrive at Maidstone tomorrow, eagerly anticipating the 2022 season kick-off. If it’s not his smiling face behind the bar welcoming you into the clubrooms, you’ll find him leaning against the corner of the Parapine Platform instead, wrapped up in his UHCF Friends of Football scarf and UHCF beanie, nursing his beer, keeping a watchful eye on the game… and our most enthusiastic supporters

.
For new families to the club, it’s hard to picture the changes Brian’s been involved in. There were no changing rooms at our old home of Harcourt Park. A tin shed was an initial upgrade, followed by the new clubrooms, then of course, the move to Maidstone Park in 2013.
Even our name has changed, and Brian was integral to the amalgamation with Upper Hutt United and Upper Valley Wanderers in the late 1990s to form Tararua Sports Club. The football team would play as Upper Hutt City Soccer (changing to Upper Hutt City Football in 2011).
Grant funding… what was that? Brian was hugely involved in generating funds for the club, whether twisting sponsors’ arms for a few extra dollars so the team had a bus to games, or being front and centre of the club’s social and fundraising calendar (anyone remember bottle drives?)
Brian has been involved at every level, from club Secretary and President to sweeping the changing rooms and putting up nets. And he’s still involved today. Whether advocating for the club with Council, training new bar staff, providing words of wisdom for new volunteers or emptying the rubbish, he just gets on with it.
We talk about volunteers being the heart of a club. Brian Wood is so much more than that. His name is synonymous with Upper Hutt City Football. He’s part of the very fabric of our club. He lives and breathes Upper Hutt City Football and is an outstanding example of commitment to, and love for, our favourite football club.
We could all learn a thing or two from him.
Congratulations on your award Brian. Thank you for your many years of service to Upper Hutt City Football and cheers to many more.