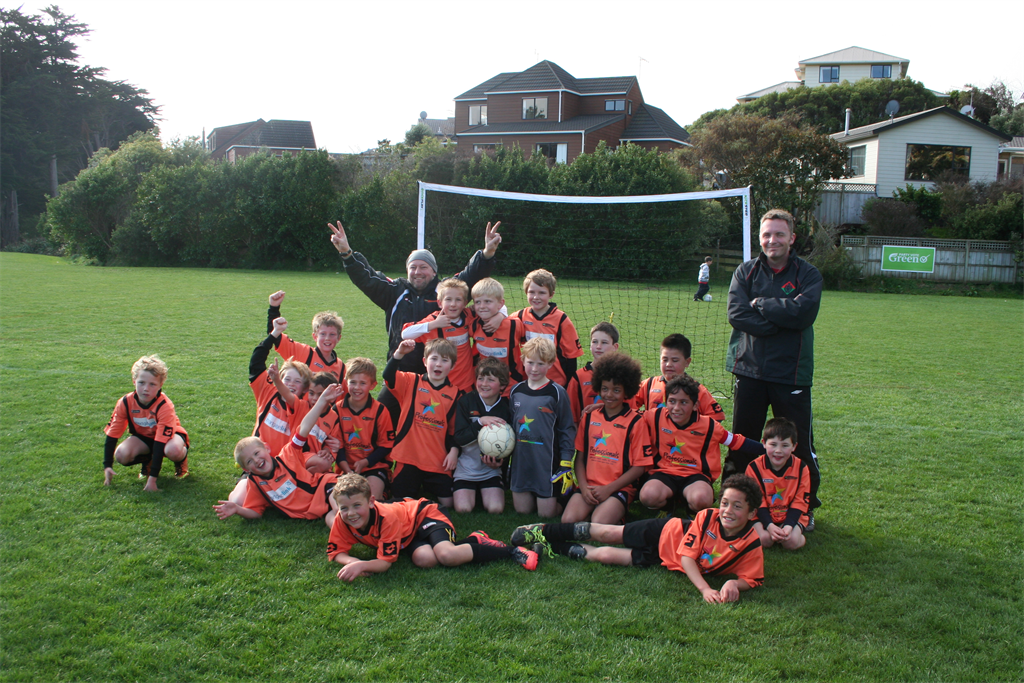 On a wet and windy start to the day our Upper Hutt Hurricanes 09th grade team started pool play well winning all three games comfortably against Tawa 4-0, Brooklyn 4-0, & Petone 5-0. The Hurricanes finished top of their pool so were through to the Cup quarter final! The quarter was not easy with the Hurricanes scraping out a 2-1 win against Naenae so were then through to the cup semi final against Karori. Karori wanted this win badly and our players were starting to feel the effects of this being their 5th game of the day. At the sound of the full time siren extra time of 5 minutes was required to seal the deal with the Hurricanes eventually winning 3-2. The stage was set for the Hurricanes to line up against West’s the hosts of the event who had home ground advantage. Tired bodies lay around the 9th grade base and the Hurricanes had lost a player to injury for the final. After some sugar, liquids and a fair amount of deep heat being applied the Hurricanes were ready for what we thought would be the toughest game of the day.

But it turned out to be a comprehensive 7-1 victory.  The team wanted this win badly and played out of their skins for the win.

Meanwhile, the 9th grade Upper Hutt Red Stars lined up to meet Naenae, Wests Nighthawks and North Wellington Cheetahs in the pool draw – one known and two new teams to face. All three games were action-packed with the team working hard to intercept, find space and play fantastic passing football. Despite dominating the play, we just couldn’t find the back of the net even with numerous shots on target, so it was frustrating for the boys to come away with a 1-2 loss and two 1-1 draws after playing some excellent attacking football in all three games. The results put the team through to the Bowl competition – first up in the quarter finals was Tawa Thundercats, this was a good honest tussle between two teams who both wanted the win. But UH Red Stars wanted it more and ran out winners 1-0. Next stop, Lower Hutt in the semi’s, and finally the goals came… 5-0!  And then, after five tiring games we found ourselves in our first tournament final against a very good Petone side we have battled with several times in the league this season. An excellent game worthy of a final, both teams played some brilliant football but the Red Stars were always in control and deserved the 1-0 win.