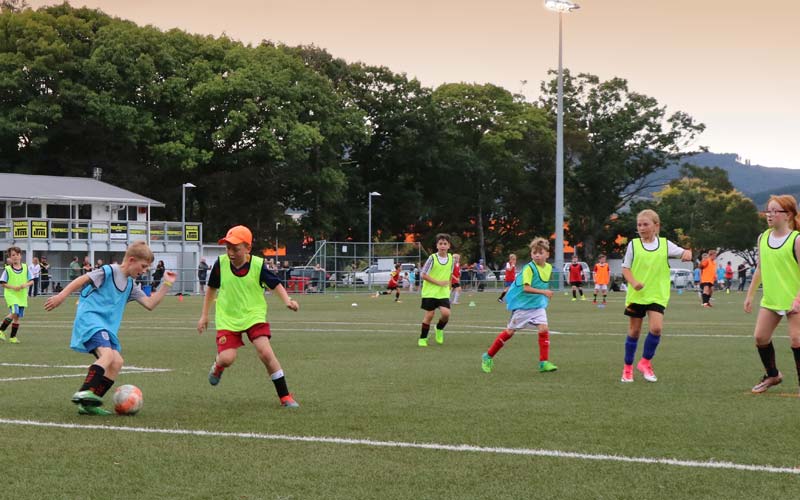 Trials are held for players in 9th Grade and above for players interested in playing in the top two teams to enter each grade’s Premier Leagues.

It’s ok not to trial, and these players will be put into teams with those that are not selected via the trial process based on where they live, schools they attend, any specific requests, or volunteer coaches etc. These teams will play in the Hutt Valley league which is more social than the Premier League. Trials ensure players are placed in teams suitable to their level of ability and commitment.

We are making improvements this year with a consistent process and approach on the day led by all grade managers alongside our junior director of coaching Pedro Garcias. We’ll add more detail to this page as it is agreed and published.

These are open to everyone and not compulsory. Pedro Garcias, junior director of coaching will give players training sessions, provide guidance and explain the trials process for the kids. Find your grade’s pre-season training dates and times.

Players must register before trials

Players must be registered with us as a club by Sunday 24 February to be able to take part in trials.

Location: Maidstone Park Turf
Cost: none
RSVP: you must let your grade manager know that you intend to trial so we can set up in advance

UPDATE: After agreement from all grade managers we have cancelled these trials and we will have seen our players during each grade’s respective trials.

Location: Maidstone Park Turf
Cost: none
RSVP: let your grade manager know that you intend to trial so we can set up in advance.

Our goal is to have consistency across the grades and conduct the grading process in an equitable and fair manner.

After the two trial days

Check back here soon to download a copy of the assessors checksheet.

New Zealand Football best practice recommendations have been incorporated into the trial process to assess technical competency and enable selectors to gauge player ability. Specific age-groups will place emphasis on some areas more than others.

We subscribe to New Zealand Football’s “Whole of Football” grading criteria include: