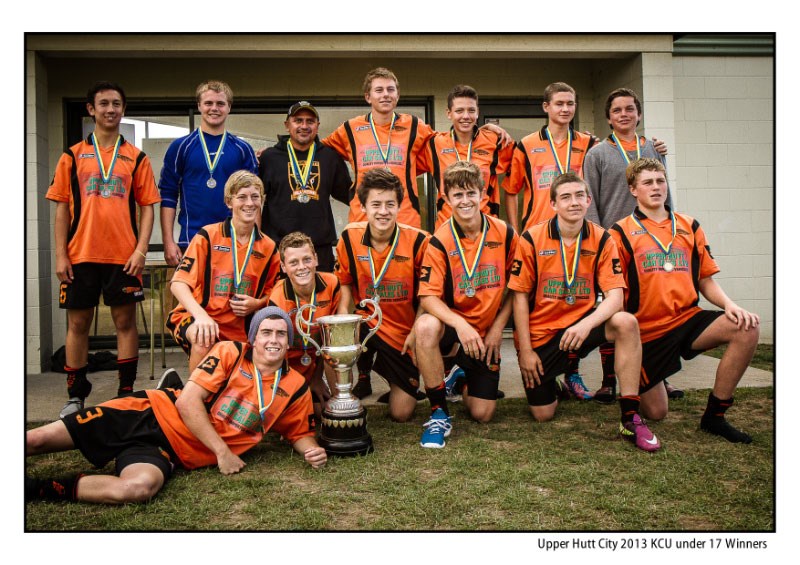 What a great preparation for the winter season!  Our Upper Hutt City Car Sales team clinched the City Fitness KCU U17’s tournament with just one loss in 4 games on Easter Sunday.

Our youngsters got off to the worst possible start, going down 2-0 to the hosts, but came back strongly, reversing the result against KCU in the next round and winning both games against local rivals Lower Hutt City AFC.

With just three teams in the tournament following the late withdrawal of Wests, the teams played each other twice in a round robin format.  It was a nailbiting finish to the day with KCU needing a win over Lower Hutt to clinch the title.  Our boys were loudly cheering on our neighbours!

This is the 2nd time in 3 years UHCF has won this competition and coach Pedro Garcias is delighted with the progress of the club’s youngsters.

It’s still a young team too, with key players such as Liam Wood just turning 15, so there’s certainly the promise of more good things to come.  Many of these players will kick off the winter season in the senior grades on Saturday, with others playing in the U17s league, 11am on Sunday 7th April against IBU-Makos at Maidstone Turf.