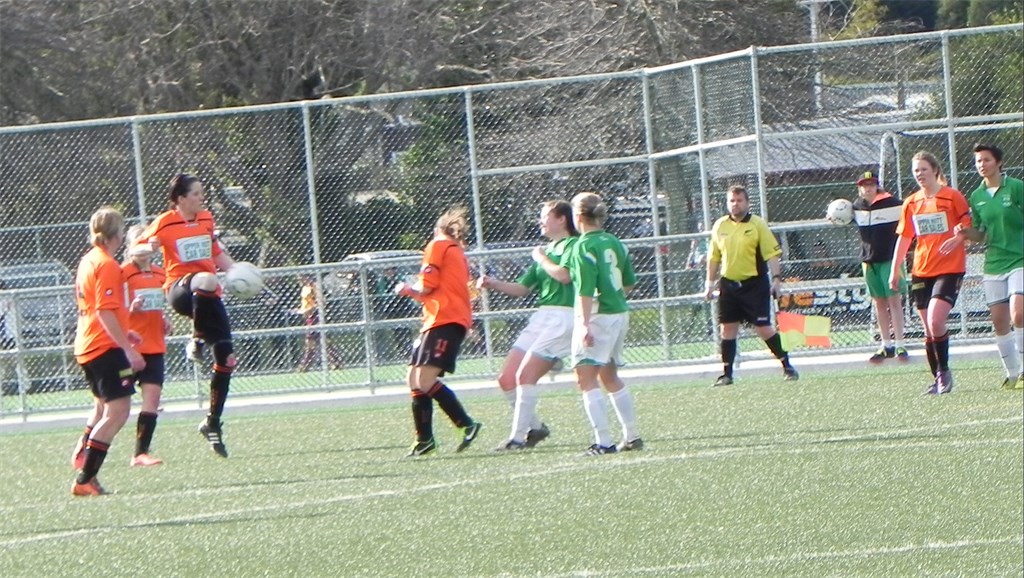 The Women’s 1st team had everything to play for in today’s game against Marist at Maidstone Park. Prior to the game, both teams were on level points and at the foot of the table; a win for either side meant that the other team would find it hard not to be relegated.

With a majority of possession held by our ladies during the first half, at 37 mins Wendi Henderson took a left foot shot from outside the 18 yard box that the Marist keeper misjudged.  With assurance from the linesman that the ball had indeed crossed the line, a goal was awarded and our ladies took an important lead.

Second half got underway.  Marist came out fighting and hit back immediately to level the scores. This forced Upper Hutt to work harder together and in time the team gained momentum to earn a free kick outside the 18 yard box close to the corner. Lovely free kick from Bria into the box sent Lucy Sneddon’s well-timed header crashing into the back of the net to make it 2-1.

About 4 minutes later a ball placed through over the top of Marist defence was chased down well by Olivia De Ronde who chipped the keeper to make it 3-1 and effectively seal the game.

A few tense moments late in the game almost saw Marist come back but our ladies held strong to gain a vital 3 points needed to survive relegation. A big ups to all the supporters, ball kids and players, including some of our second women’s team for helping out.