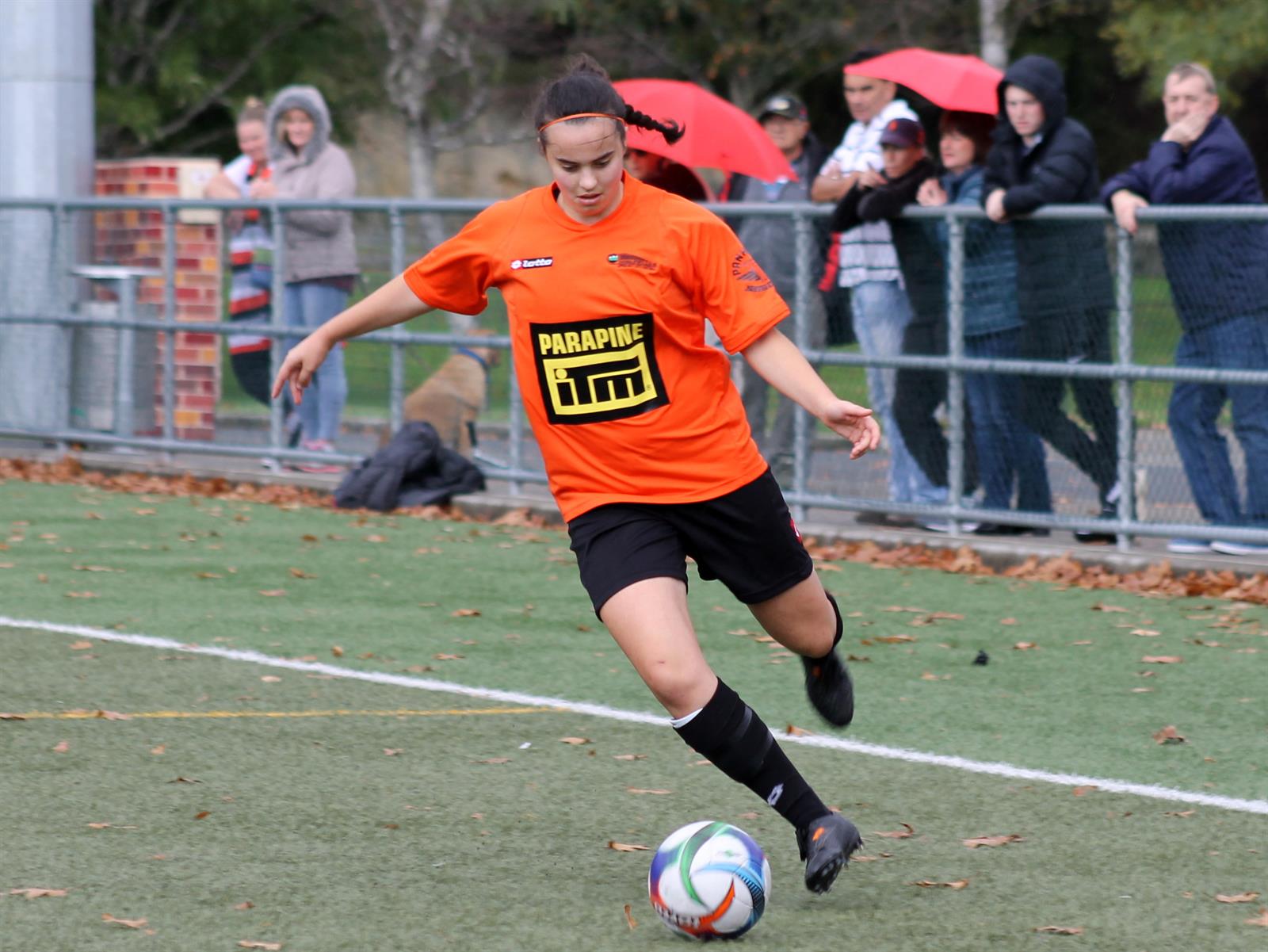 Round 1 is done and dusted for the W League team, and we’ve gone through unbeaten, and very pleased to be 5 points clear from our closest rivals Wellington Utd & Palmy North Marist.

The last two games of the round saw us face a strengthened Wairarapa at home.  We knew this wouldn’t be the same team that allowed us to beat them 20-0 in the Kelly Cup, and we were right.  Wairarapa came out to compete, and their shape, compactness and tireless efforts meant we were finding them hard to break down.  We managed to slot one home only 8 mins in but despite the good start, for the next 25 minutes if we did create chances, we weren’t hitting the target, which in turn created a level of frustration. It was beginning to feel like one of those games, where all the pressure and effort in the world wasn’t going to help, but despite Wairarapa’s concerted efforts, we did manage to pry open their defence to score a second before halftime to make it 2-0, both to Emma Main.

For us, the second half was a better performance in terms of finishing, and as the game went on and Wairarapa began to tire, we started to dominate.    Emma added four more goals to her first two, and Bex Jefferies,  CJ Bott and Ellen Stirling (2) also found the back of the net with the final score being 10-0.

The final match of the round saw us take on League Champions Wgtn Utd at Newtown Park.  We couldn’t have asked for better with a still calm day, and the pitch in perfect condition, even if the cross town traffic was a nightmare!  We knew that Wgtn Utd would’ve been left smarting from their home encounter with Palmy North Marist the previous week, where it finished 2-2, and we knew they’d be keen to take that into their match up with us.  Traditionally these games are physical, and full of passion, and on this day it was no different from our perspective, it was critical to start well, and we did.  After concerted pressure right from the whistle, we hit the back of the net via Sarah Gregorious after just 15 mins.  This was quickly followed by more and more pressure as Wgtn Utd played out from their defensive 3rd.  It what felt like the quickest 45 mins all season hitting the post twice and continually spraying Wgtn Utd’s keeper, and we found ourselves 4-0 up at half time due to a finishing masterclass from Grego.  GK Cushla Litchwark had only been called upon a handful of times.

The midfield continued to dominate in the second half as we continued to press on, we knew that Wgtn Utd had come from behind twice against PNM the previous week, so we weren’t about take our foot off the gas.  We continued to press, and win our individual battles, and created chance after chance in front of goal. Emma Main hit the scoresheet with a class finish at the near post, and Grego topped off a spectacular day adding two more to her tally (6).  Final score 7-0 in a game that despite having a striker net almost all of the goals, was hard to pick out an outstanding individual performance.

This week we take on PNM whom are third only on goal difference Wgtn Utd.  The first round saw UH take the points with a closely fought 2-1 win and we’re expecting nothing less in Round 2.

Good luck to all teams this weekend.

View photos from the game here.  Thanks to Rosa Posa Sports Photographs