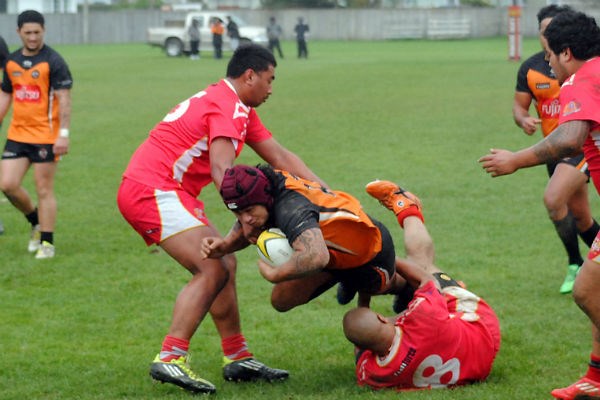 Upper Hutt rugby league and football teams both had important wins on Saturday, earning valuable competition points to keep their season’s goals and aspirations on target.

After a couple of indifferent weeks, the rugby league Tigers came alive on their home Whakatikai track to hammer lowly St George 48-12.

The win, in the first game of the second round, makes it four from eight for the middling Tigers and sees them just a point outside the top four and back in the hunt.

They are again at home this week, against Te Aroha, who, with University, are on nine points and third equal, from Upper Hutt and Porirua.

With Randwick and Wainui already cantering away it looks like these four sides will battle it out for the final two top four spots.

In football Upper Hutt City’s 2-1 away win over Wellington United moved the side up two spots on table, to fourth equal (6th on differential).

The locals are locked up with Western Suburbs and Lower Hutt who they play on Saturday at the Maidstone astro.

Goals to Peter Howe (a penalty), and Luis Corrales were enough to bring the three points and a third win in a Central League Upper Hutt are looking more and more at home in.

It opens up a seven competition point gap on the second-to-last United and a massive 10 points clear of Tawa who went down 1-0 to Lower Hutt and will be fighting to avoid relegation.