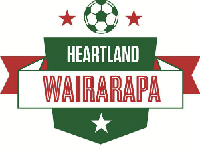 Upper Hutt City Football is proud to announce that we have entered into a formal relationship with Heartland Wairarapa, and are now partners in this franchise that has a team entered in the upcoming ASB National Youth League.

UHCF Club Chairman Jamie Wood will represent the club on the Heartland Board, and our own Pedro Garcias will be Assistant Coach of the team. Peter Thomas, UHCF Club Captain, has been appointed the Team Manager.

“We see this as a great opportunity to provide our youth players with a pathway to the National Level,” says Peter Thomas. “Last season UHCF had four players in the Heartland squad; Sam Martin, Steve Thomas, Hamish McLachlan and Ben Horton, and we are hopeful of increasing our representation in the season ahead.”

The National Youth League season kicks off in October and will run through to December. The competition will be used as part of the selection process for the NZ U20s team which will compete in the U20s World Cup tournament to be hosted by New Zealand mid-2015.

Invitation to Trial:
Any Upper Hutt players interested in trialling for Heartland Wairarapa, please contact Peter on peter@lucylou.co.nz, or just catch up with him at the club.

You can also contact Peter for more information about the National Youth League, the Heartland Wairarapa franchise or UHCF’s involvement in this exciting initiative.