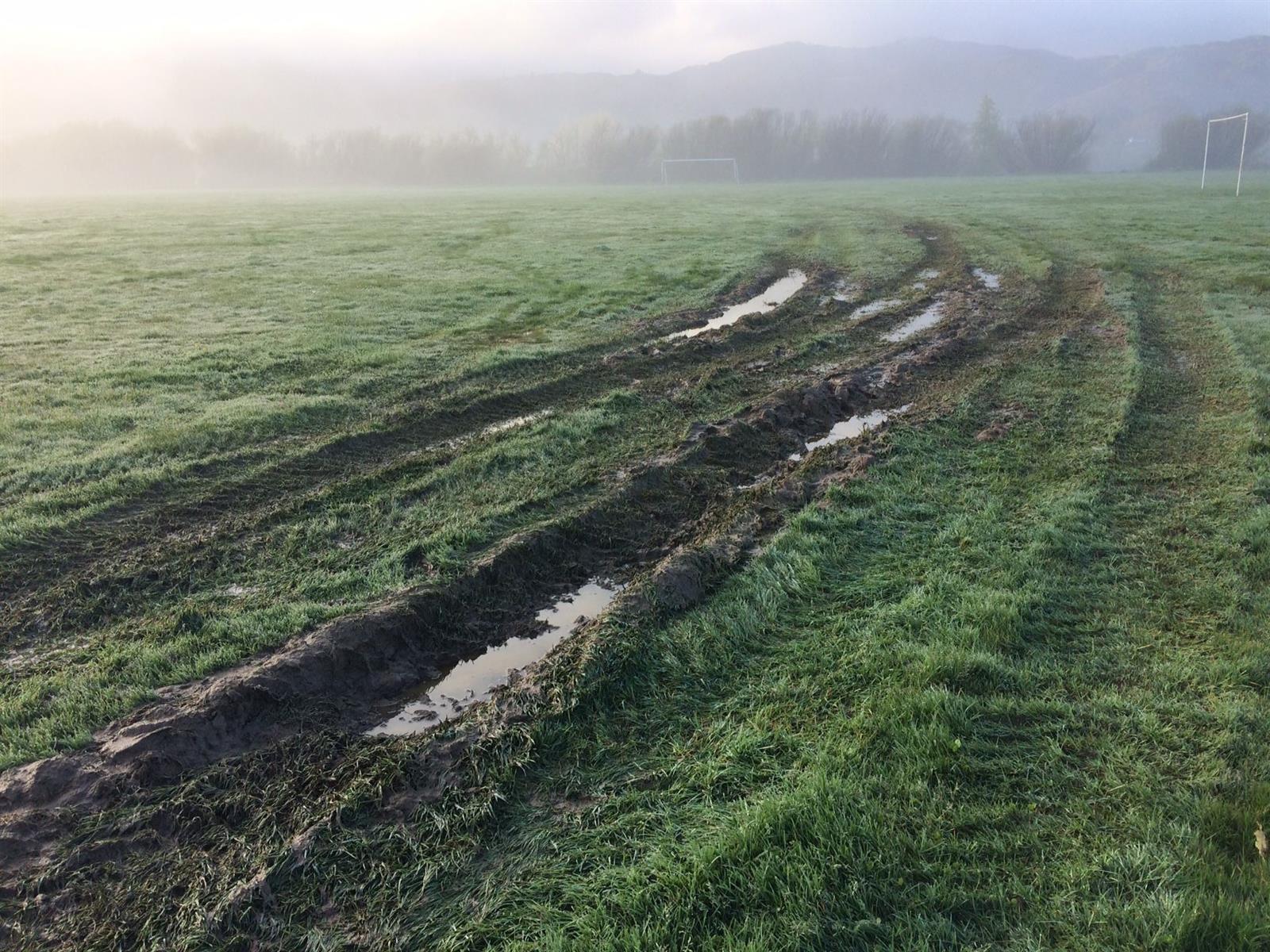 Unfortunately, we are cancelling this year’s development tournament.  The rain in Upper Hutt has been so persistent, the grounds at Awakairangi Park are completely waterlogged.

In trying to prepare the grounds for the tournament the ground staff have actually caused further damage (see photo).

As a club which prides itself on delivering an event that enables teams to play quality football in a tournament environment, it would be unfair to ask teams to play in these conditions.  The grounds would soon cut up, the quality of football would deteriorate and this defeats the purpose of hosting a tournament aimed at developing these players.

It hasn’t been an easy decision to make, as the club really enjoys hosting this tournament, but we believe this is in the best interests of everyone concerned.

U19s coach Phil Patterson will be in touch with our own players re the plans for our own U19s training squad going forward.