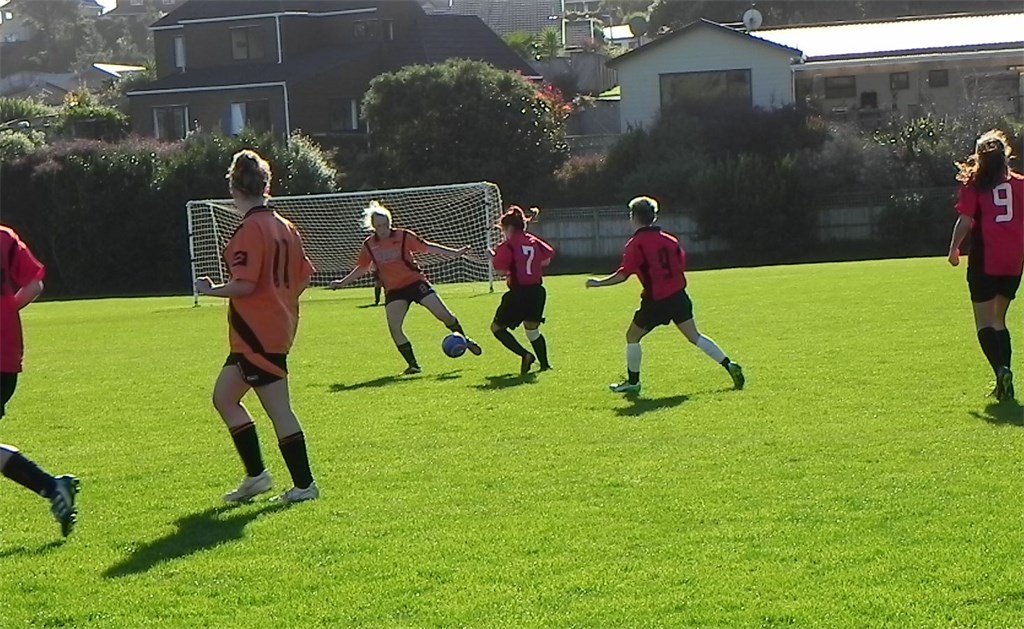 Upper Hutt City Car Sales Womens 2nd with a 2-1 WIN v Western Suburbs, two very composed goals through Lisa Leighton and Aoi created through possession regained in the mid third with plenty of supportive options.  Moments of brilliance and a job well done to our girls.

The team kept the pressure up and never let up throughout, scoring the winning goal against the wind during the final 20 minutes.   Three points to Gemma for another strong defensive performance, supported ably this week in the centre by Sian; defence clearly being one of the teams’ strengths; we currently hold the league record for least goals against as we approach the half-way mark this season.  It goes without saying that Janet has contributed to this achievement massively in between the sticks and it’s great to see this acknowledged by picking up 2 points.

With Lisa’s creative footwork capitalising on chances created by a hardworking Brooke in mid, the final point goes to the latter for reading the game well, providing support and important intercepts.  Team is happy and the team’s management even happier and pleased to see improvements made week in week out.

The result takes the team to within two points of the top league spot and if all goes well, mid-season promotion to Womens 1st Division is within their grasp.