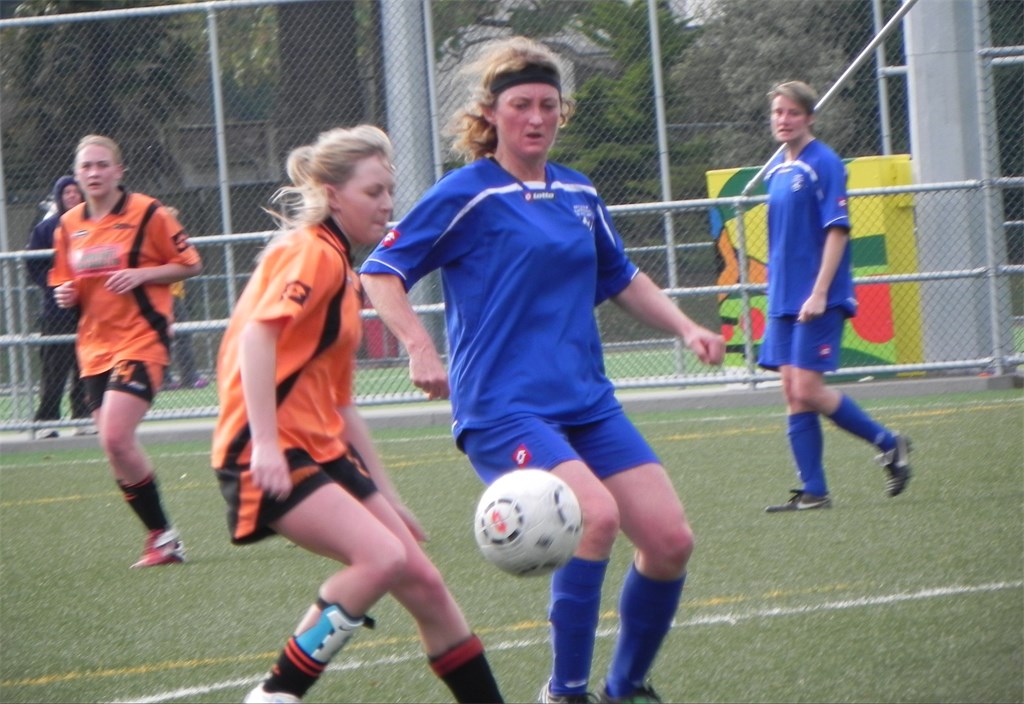 Another sterling performance from our Women’s 2nd team against mid-table Petone Women’s 1st Team.  A step up for the ladies but one they all took in their stride with the realisation that there is everything to play for following their promotion to 1st Division.

A win that was within our grasp with chances that the team look forward to capitalising on.  Manu, Jo and Sarah significantly impressed with the team’s gutsy performance and a great game had by all.  Brooke, who picked up 3 points this week, was instrumental on the wing, continuing to steal possession, deliver into the final third and recover to support the defence.  With Lita on the opposite side of the field providing similar the team is starting to create open spaces to exploit.

Sophie A held the midfield well, creating play down both sides of the field and picked up 2 points for her efforts, backed by Julie who refused to let anything bypass her.  Aoi again proved her ability to hold and lay off some great through balls, interchanging with Grace and Amber supported by Amanda, who is always close by to steal and convert into attacking opportunities. Lisa Ng continued to put her body on the line quickly turning every opportunity into another attacking wave.  Another tireless performance by all who played in the back-line; with Sophie J, Gemma and Lennie, the latter picking up the team’s final point; backed with rotation from Meghan and Sian obstructing any advances and as always safe-hands (and feet) Janet ready and alert to back the team.