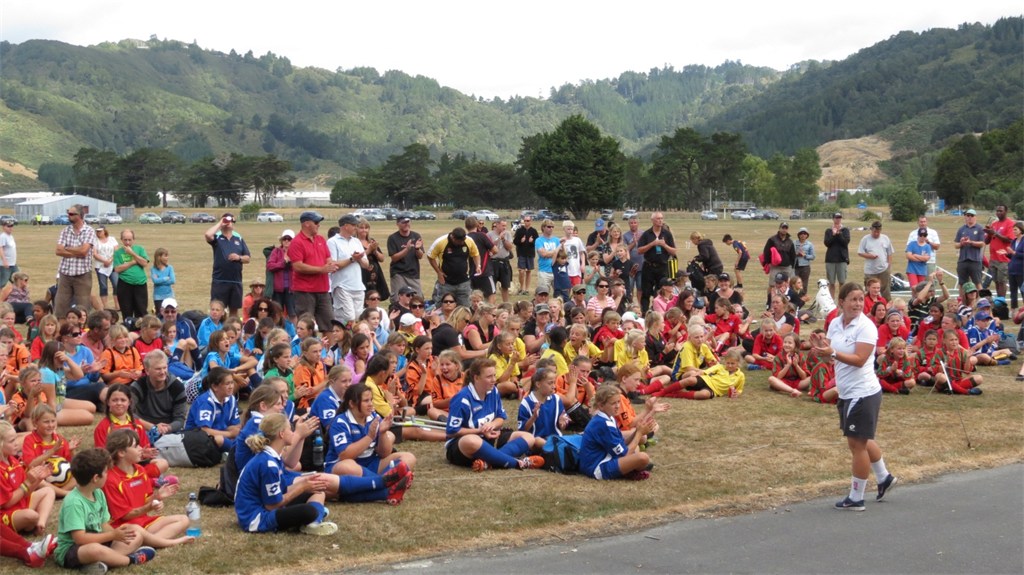 For the third year running the BNZ Girls’ Kick It Tournament, hosted by Upper Hutt City Football and the Upper Hutt Girls’ Development Squad on 9th March 2013, was a huge success.

With the tourney aligned to the National Girls’ Junior Framework and fully supported by Capital Football and New Zealand Football, Football Ferns Emily McColl and Evie Millynn and Capital Football Women’s Development Officer, Natalie Lawrence were there to lend a hand.

The support of so many familiar faces, now successful Female Football role models, was a bit of a treat for the younger Upper Hutt City competitors who are set to follow in their footsteps.

Our U10s competed for the Fair play Award and collected points for actions deemed to be in the spirit of the game.  A young and skilful Upper Hutt City Football U14 and equally capable U12 team proved to be extremely worthy competitors.  The club’s U12 team finished a strong 3rd from a field of seven teams and the U14 team, were valiant runners up to Onlsow in a league hosting some of Wellington’s most notable regional age group players.

No player went home empty handed thanks to Upper Hutt Newbolds and New Zealand Football’s donation of lucky dip prizes.  And of course, thanks to Upper Hutt BNZ Store, which has sponsored the trophies and winners’ medals since the inception of the tournament in 2011, and also provided volunteer support on the day and a certificate for every player that took part.

With excellent reviews received on the organisation and facilities at Davis Field the tourney was reported as being one of the most positive and enjoyable events attended across the region in recent years.

Here’s to an even bigger and better event in 2014!

For further information about the various football options for girls, please contact:

Click here and turn to page 48, to see how this story appeared in the Upper Hutt Leader