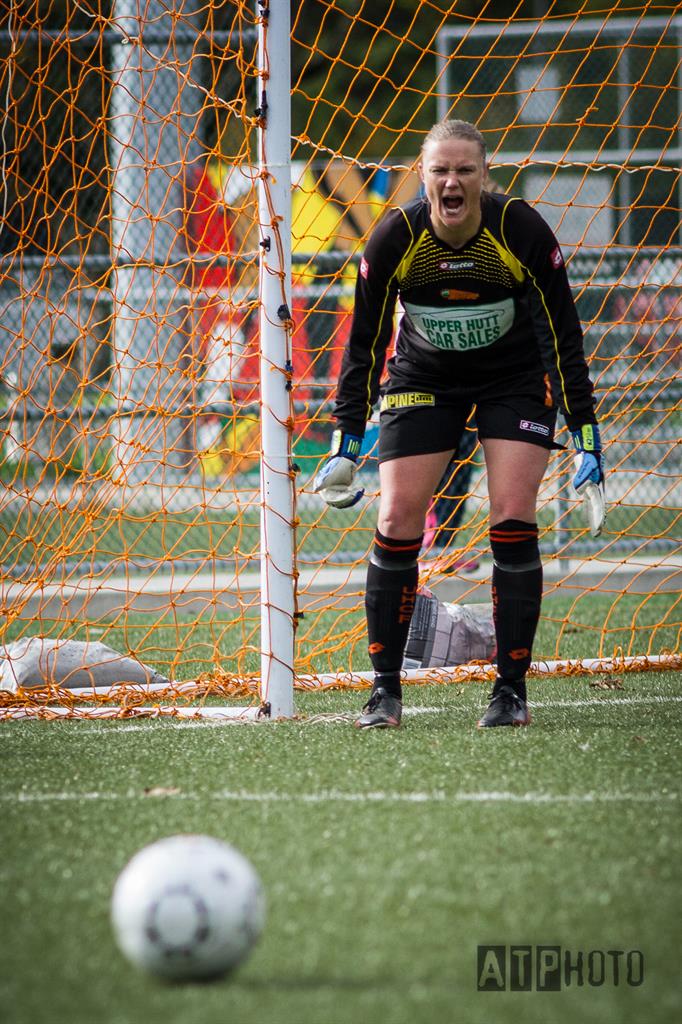 Cushla is one of two goalies named in the Football Ferns squad to play a couple of games against Denmark next month, as part of the build-up to the FIFA Women’s World Cup in Canada next year.

Formerly a netballer with the Central Pulse, Cushla has demonstrated a fierce determination to be the best footballer she can be, training (and earning dispensation to play) in our men’s teams this year as well as being a key player in our top Women’s team. UHCF’s goalkeeping coach, Dave Burcher, was instrumental in providing the support to Cushla to enable her to train alongside the club’s male goalkeepers.

“From the minute we were introduced, I was blown away by Cushla’s hard work and professionalism,” says Lorraine Bowring, UHCF’s Women’s and Girls’ Club Captain.  “She’s made a significant contribution to Upper Hutt City Football and I’m absolutely delighted for her.”

Former Football Fern Wendi Henderson, Cushla’s coach at both club and national league level is similarly pleased for the player saying, “This is great for Cushla and also for Upper Hutt City Football that we have another player selected to play at international level.”