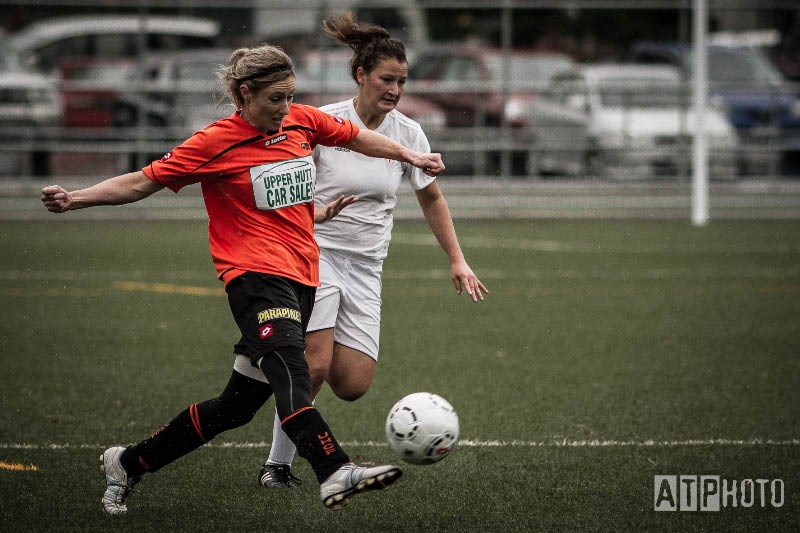 Today’s game against Wellington United was a game the Women’s 1st team had targeted for its first points of the season. It was also to show if we had what it takes to compete in the Women’s Central League despite the first up early loses.

Our women gave it everything.  They left it all on the field today and should be very proud of where they are at.   Upper Hutt opened the scoring thanks to a brilliant corner from Kelly and some much needed pressure from Mel in front of goal. Then as usual we allow the opponents back in the game with an early goal.

The match went back and forward and for much of the first half Upper Hutt women were playing the better football.

Second half the girls stepped it up, but with a contentious disallowed Upper Hutt goal, the United coach sent from the field of play and a straight red card taking UH to 10 players it was going to be a tough ask.  The girls battled hard and unfortunately a long range shot ended up being the decider of the game.

Putting aside the result the Upper Hutt Women’s 1st team deserved something from that game and Wellington United will be counting themselves fortunate.  Our girls were holding back the emotions at end of the game but at least showed the crowd today that they can compete at Central League level and  it won’t be long until they get their first points.

You can view a gallery of pics from the game here.  Thanks to Andrew Turner for the pics.