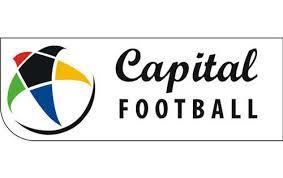 The chance to secure a hat-trick of wins dissolved for Western Suburbs on Saturday as they went down to Wellington Olympic 2-0 in a well-fought Central League contest at Wakefield Park.

The contest was cagey initially, with both teams feeling each other out however Olympic were the first to create a chance. A rocket of a long-range shot from new-signing Mario Barcia looked set to find the back of the net but came crashing back off the upright.

Olympic were celebrating just before the break as they opened the scoring through midfielder Hugo Reeve who fired his shot into the top corner.

Wests’ struggled to get back into the match as the Olympic midfield started to gain control of the game and on 83 minutes, created a chance for Alex Palezevic who made no mistake to secure the win and three points.

Endeavour Park held an important match for Tawa and Stop Out who have had a few tough games already in the 2015 Central League.

In a goalless first half, Tawa looked the better side as they created a number of chances and were unlucky to have a couple of shots cleared off the line by the Stop Out defenders.

Despite their momentum, it was Stop Out who broke the deadlock as they were awarded a penalty mid-way through the second half. Steven Gulley stepped up to the spot and made no mistake leaving Stop Out to celebrate the win and Tawa pondering what they could have done better in a game where they deserved to share the points.

Wairarapa United made it three from three as they hosted Petone FC in Masterton. Player/ coach Paul Ifill backed up his goal from last week with another strike with ex-Miramar and Team Wellington player Sam Mason-Smith rounding out the scoring in their 2-0 win.

Also unbeaten this season are Napier City Rovers who again looked impressive as they ran away with their game 4-1 over Lower Hutt. A hat-trick to Hawke’s Bay United player Saul Halpin ensured the Napier fans enjoyed their trip back to the Bay.

2014 champions Miramar Rangers are still looking for their first points of the season as they went down to Palmerston North Marist 2-1 in a tough contest in Palmerston North. A brace to Rhys Gayler was good enough to give the hosts three points and leave them in fifth place with two wins from three games.

In Capital Premier, Wellington United continued their impressive start to the campaign as they put eight goals past Brooklyn Northern United in a one-sided contest at Wakefield Park. The win now sees United with nine points on the back of scoring 27 goals in three games.

Waterside Karori retained their unbeaten status in 2015 as they dispatched Petone 2-0 and joining them on nine points is Victoria University who beat Miramar Rangers 1-0 in a tight contest at Wellington College.

Wellington Olympic picked up their first win of the season on Saturday as goals to Tom Serepisos and Charlie Attard put them on their way to a 2-1 win over Kapiti Coast United.

The final match of the round was Upper Hutt and Island Bay United at Maidstone Park. Island Bay proved to be too strong as they beat the hosts 3-1 through goals to Casey Ferrier, Finn Sorger and Matthew Townsend.

In Women’s Central League, Upper Hutt and Seatoun claimed their second win on the trot after impressive performances.

Upper Hutt ground out a close fought 1-0 win over rivals Wellington United thanks to a goal from Kennedy Bryant while Seatoun were much too strong for Valeron Wanderers, running away with the game 6-0 after braces to Grace Surridge and Annie Olsen.

Moturoa backed up their strong performance last week with a fantastic 3-2 win over BNU on Sunday. Moturoa were 2-1 down with five minutes to go but managed to find the back of the net twice in the last five minutes to steal the result with a 3-2 win.

Stop Out continue to look for their first points of the season as they hosted Massey at Hutt Park with the Palmerston North side putting on a clinic in an 8-1 victory.

Powerex Petone scored four times on their way to a 4-1 win in Women’s Premier over Waterside Karori which sees them sit at the top of the table after two rounds.

Stop Out turned themselves around following their 9-0 loss last weekend to grab their first points of the campaign with a 2-1 win over KCU at Hutt Park.

Victoria University and Western Suburbs shared the points in an evenly-contested 2-2 draw at Wakefield Park leaving both sides on four points.

Upper Hutt City got themselves on the board in the Women’s Premier grade against Wellington United Sapphires in a 3-1 win after goals to Emma Lavery, Rebecca Otte and Caitlin Foster.

Tawa Vets sit atop Masters 2 on six points after they overturned the Island Bay Originals 4-1. They are followed closely by the Stokes Valley Mentors, Marist and BNU Red who all sit on four points after the first two rounds.